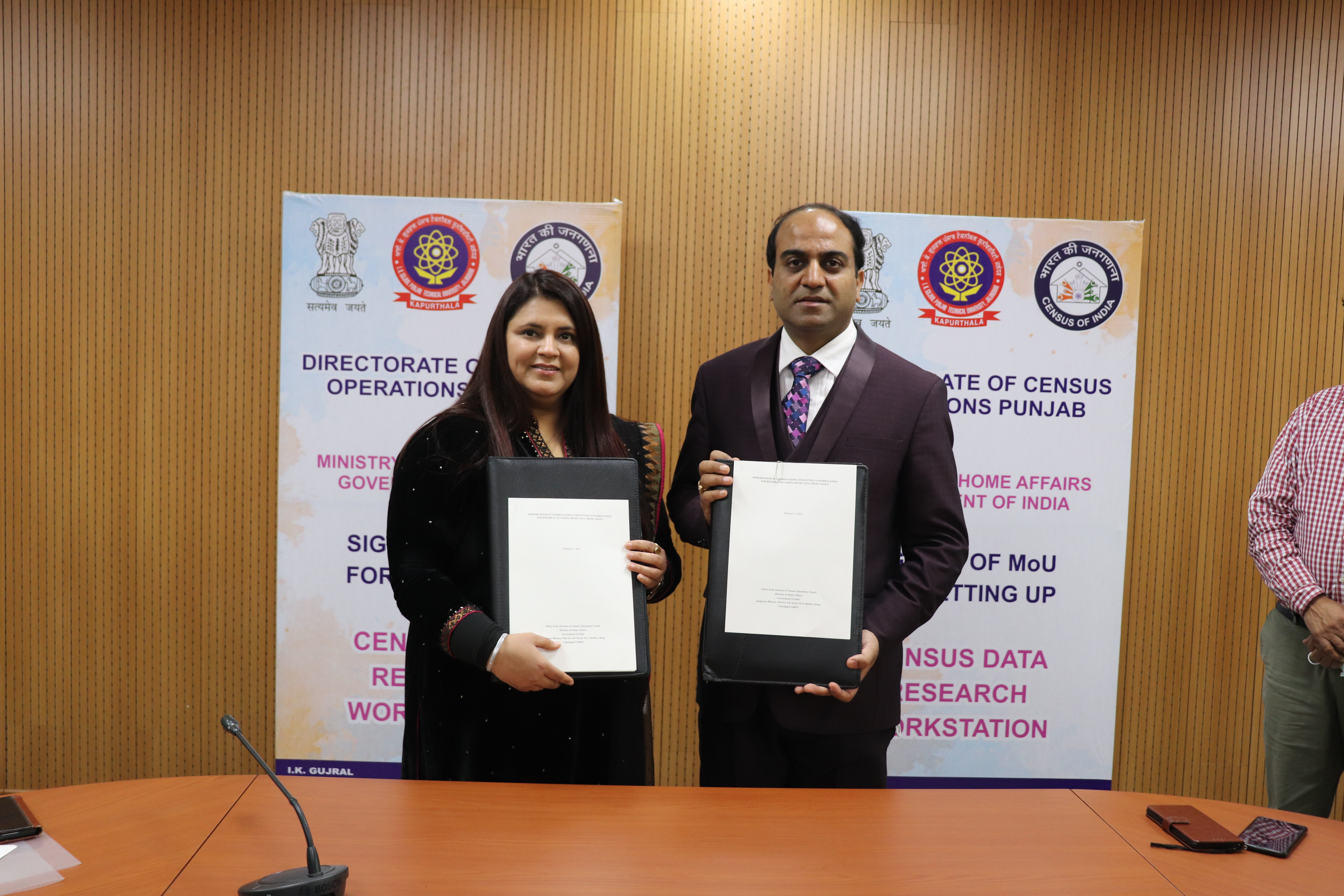 Jalandhar/Kapurthala: In order to give a new database authentic direction to the research work based on statistics, I.K Gujral Punjab Technical University (IKG PTU) has set up a Census Data Research Workstation in its main campus. This workstation will also help in providing different types of factual data to the researchers. The University has signed an agreement with the Directorate of Census Operations Punjab, Regional Office, Ministry of Home Affairs, Government of India, to set up Census Data Research Workstation. In this context, Abhishek Jain, IAS officers, Director of Directorate of Census Operations Punjab, reached the university campus on Friday and signed the MoU on behalf of the department. Registrar Jaspreet Singh, IAS cum ADC Jalandhar signed this agreement on behalf of the university. This will be the second research work

Director Abhishek Jain, IAS said that many faculty members, students and research scholars do research work (Ph.D) in various educational institutions and their thesis are future part of various further research. Sometimes they are made; sometimes they are not able to move forward due to lack of data or facts/statistics. Some researchers don’t know how to get the data/statistics in various fields. This research workstation will become the base of research by providing village to nation level accurate statics. He said that the data of the Census Department is the basis of the policies made at different levels across the country. Director Abhishek Jain said that according to the agreement, the department will give maximum liberty to the university to connect researchers to it and provide accurate data from this workstation for high level research. He also shared the research scholars and faculty members present in the ceremony about the functioning of the Census Department and its functions.

Registrar Jaspreet Singh, IAS said that this workstation will prove to be a milestone for the university and will provide new guidance to researchers in future. He thanked Director Abhishek Jain for sharing this opportunity with the university, choosing the University for this Initiative and becoming a guide for the future researchers. On this occasion, Deputy Registrar of the University Paramjit Singh, Professor Dr. Pooja Mehta, Dr. Shabbir Sidhu, Dr. Rupali Batra and others were present.