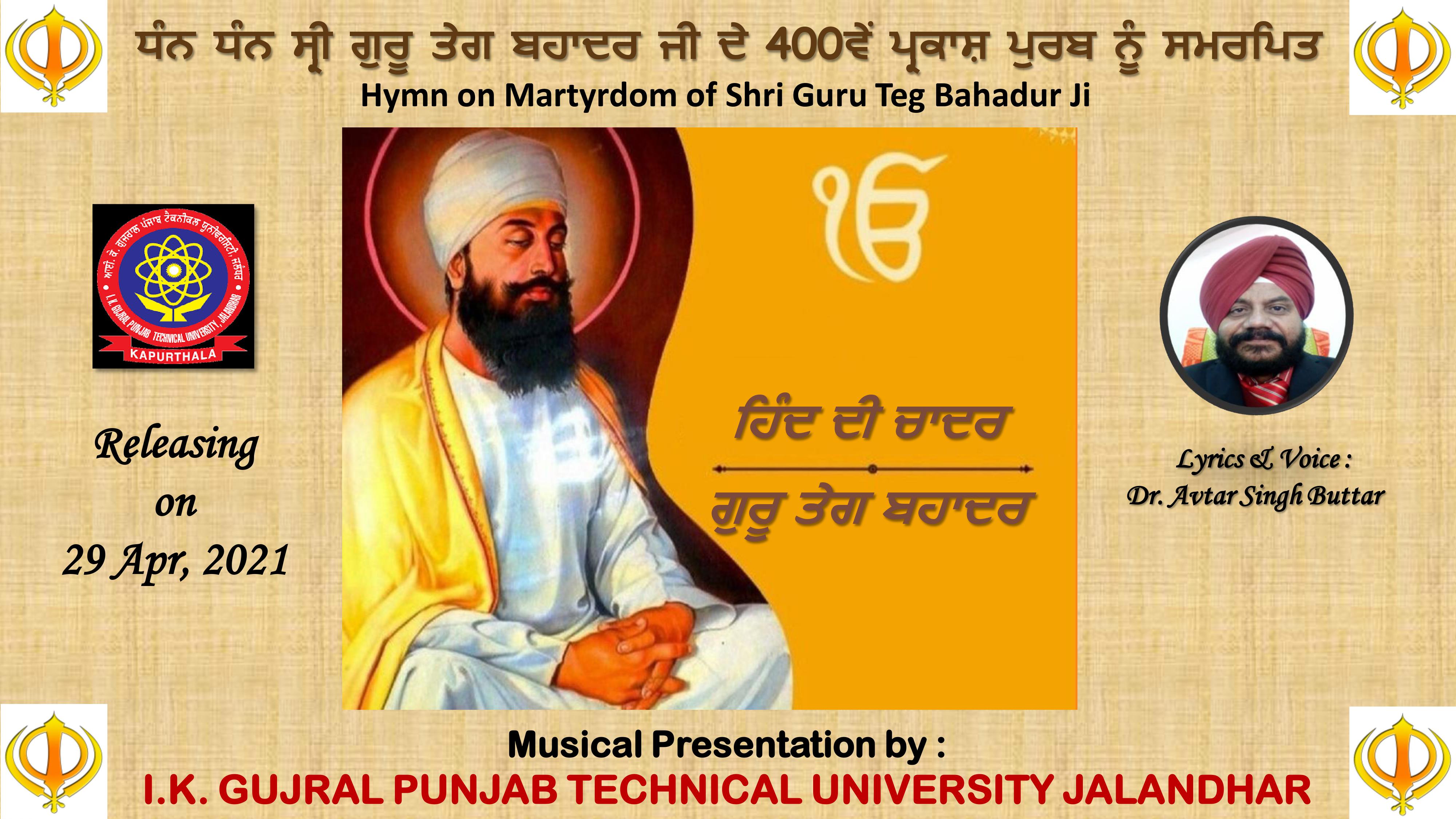 It is worth to mention that in this religious devotional song, important topics related to the life of Guru Tegh Bahadur ji such as the discovery of the Ninth Guru by Makhan Shah Lubana at Baba Bakala, Guru Ji Simran, Aurangzeb’s religious intolerance and Kashmiri Pandits’ appeal to Guru Sahib, Guru Sahib’s martyrdom are also penned by Prof Buttar. The Sikh martyrdom tradition includes details up to the Khalsa Sajna after the martyrdom of Guru Sahib are also part of the song.