IKGPTU handed over appointment letters to 04 dependents on Compassionate ground 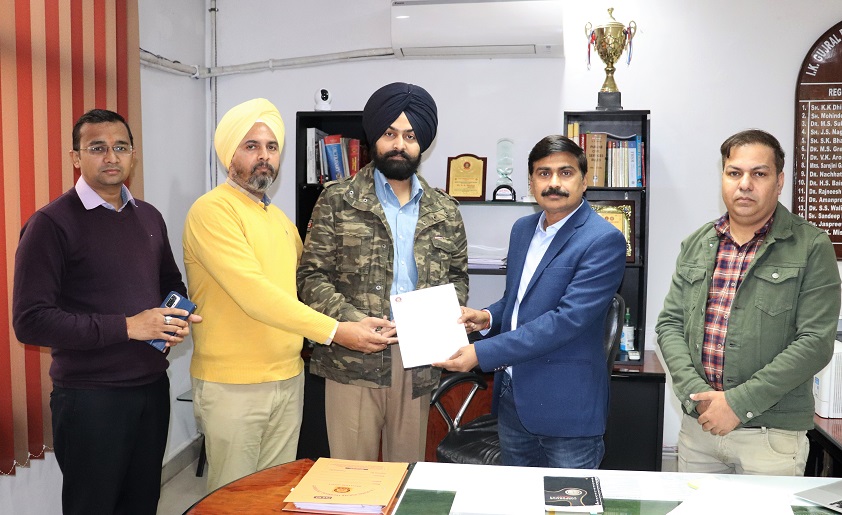 Jalandhar/Kapurthala : Office of Registrar of I.K Gujral Punjab Technical University (IKG PTU) has handed over appointment letters on compassionate grounds to the dependents of its four different categories of employees. Mr. Jashan Pratap Singh has been appointed as clerk. He is the son of Late Jaspal Singh, Joint Registrar of the University. Mr. Gurvir Singh has been appointed as Lab Assistant. His father late Harjit Singh was an office assistant at IKGPTU. The third appointment has been made as the attendant of Karamjit Singh. He is the son of late Ranjit Singh, who was also office attendant at University. The fourth appointment has been made for Sumit Kumar as an attendant. His father Rajan Kumar was also an attendant at University.

University Registrar Dr. S.K Misra handed over the appointment letters to all the dependents. Registrar Dr. Misra said that no untoward incident should happen to any employee while on duty. But if any person effected, his office will surely follow the rules of benefit to felicitate effected employee family on priority. He has resolved such long pending issues on priority basis after taking charge of the Registrar