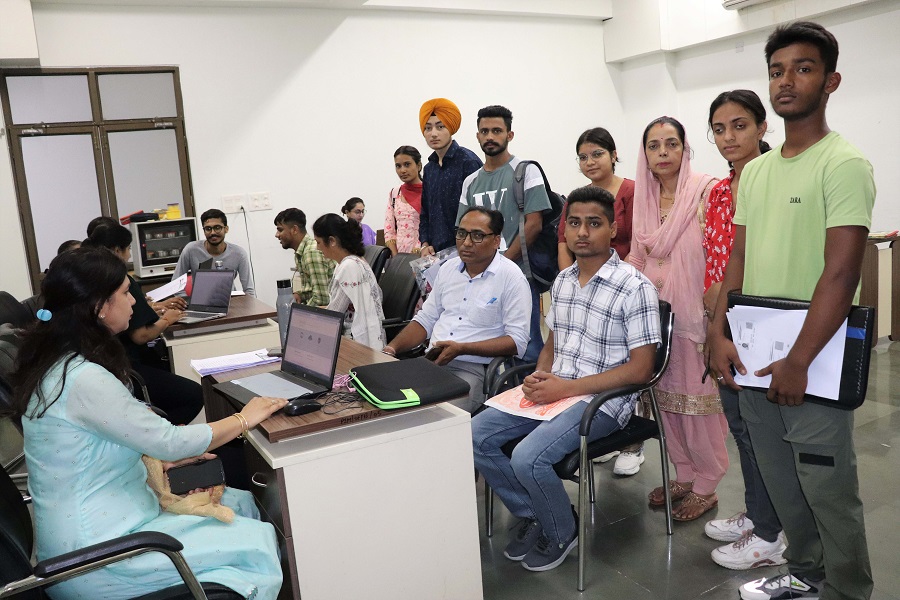 Jalandhar/Kapurthala I.K. Gujral Punjab Technical University’s one-day offline counseling has received a record response towards admissions in various campus courses. The main campus of the university, along with four other campuses, Amritsar, Hoshiarpur, Mohali One and Mohali Two (Khunimajra) campuses, have received a good response from the meritorious students. The university has registered more than 200 admissions in a day. Due to the less availability of seats in the university campuses, every year all these campuses get a
huge response as soon as admissions are opened. Although the university admission process is in a high category of merit based, yet the response of students has increased every year.

Deputy Registrar Admissions Rishi Gupta informed that this year around 1500 campus seats have been earmarked for various courses, out of which engineering admission is yet to start on the basis of centralized online counseling, while other courses BCA, B. HMCT, B.A. and M.A. Journalism and Mass Communication, B.Sc. Food Technology, B.Sc. Physics, Chemistry and Maths, B. Planning, M. Architecture and M. Planning is included, students not only from different districts of Punjab but also from the various states of the country. IKGPTU has the lowest fee and registration cost, only one thousand rupees, as compared to various private and government universities, which adjust the fee of 1000 rupees on getting seats according to merit.