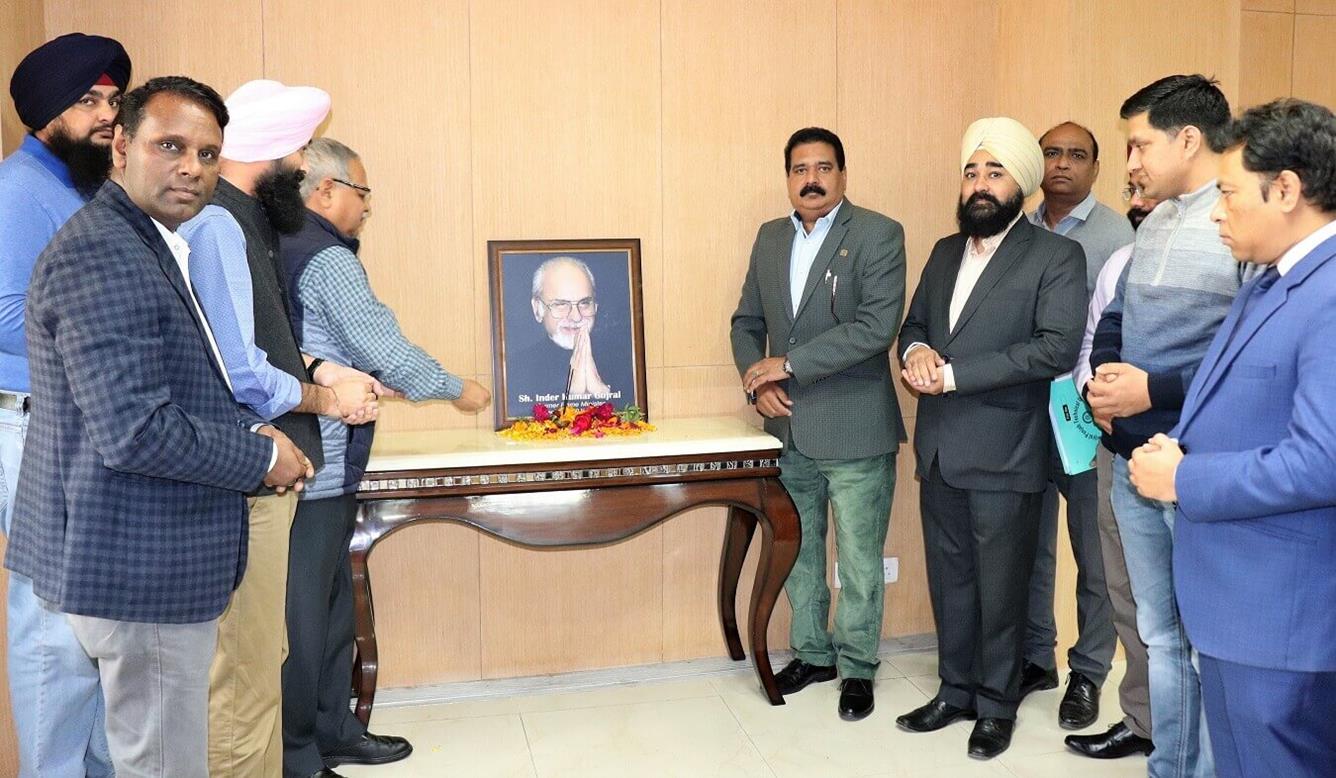 We are the proud Indians just because of our mentors who dedicated their lives for the country and its development. Former Prime Minister Late Sh. Inder Kumar Gujral Ji was one of the respected personalities who were devoted to educated nation for his whole life. Today on his 07th death anniversary, we are remembering late Sh. Inder Kumar Gujral Ji’s contribution for nation. We have to promise today towards work for fullfilling our dreams with our day to day contributions. These are the words of Prof. (Dr.) Ajay Kumar Sharma, Vice Chancellor I.K.Gujral Punjab Technical University. VC Prof. Sharma was addressing  University staff on the occasion of programme “Tribute to Tender heart” which was organized by University’s Public Relations Office to pay homage to former PM Inder Kumar Gujral on his 07th death anniversary.

On this occasion, Rajneesh Kumar Sharma Public Relations Officer of University shared a note on Gujral Sahib’s relations with Jalandhar City & Media. He shared the fact during the Emergency of June 1975, that Sh. Gujral Ji was Minister of Information and Broadcasting, where he was incharge of the media during a time of censorship in India. He also shared about his work as incharge Doordarshan.