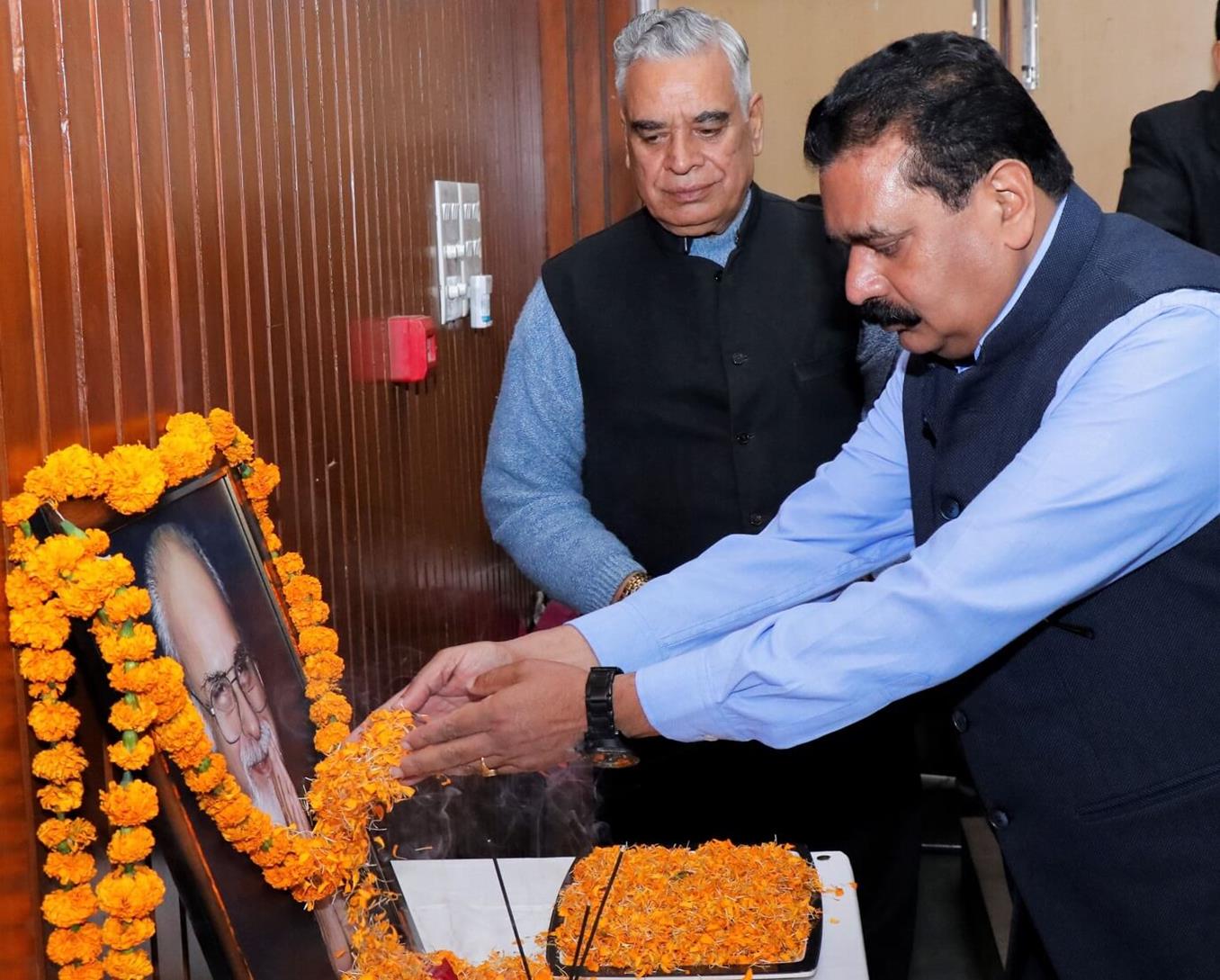 Sh. Inder Kumar Gujral, the 12th Prime Minister of our country, had an influence not only in Indian politicians but also in the whole world. Politicians from the southern countries were always eager to meet him and to hear Gujral Sahib. He was a supporter of a series of historic rich relationship era in which neighbouring countries or riyasats were asked to live in a favourable and better relationship with their neighbours, as this policy gave them more progress. If we have good relations with neighbouring countries, we can progress further by using their resources and sharing our resources with them.

These are the words of senior journalist Satnam Singh Manak (Assistant Editor Ajit Group of Publications, who worked closely with former Prime Minister of India Late Sh. Inder Kumar Gujral. He was addressing a function held at I.K. Gujral Punjab Technical University on Wednesday as Main Speaker. This ceremony was held in the university to commemorate the 100th (centenary) birthday of 12th Prime Minister of India late Sh. Inder Kumar Gujral. Sr. Journalist Manak said that Gujral Saheb was one of the intellectual prime ministers of this country. He told that Gujral Ji was in favour of human rights & organization of journalists.
Prof. (Dr.) Ajay Kumar Sharma, Vice Chancellor IKGPTU presides over the function. During his address he said that for those who are interested in subjects related to foreign policies or relations with neighboring countries, "Gujral Doctrine” is still the favorite subject of research. VC Prof. (Dr.) Sharma said that it is a matter of honor for University that its name is on the name of Gujral Sahib. He said that Sh. Gujral ji was a true leader, a loyal and patriotic person, he saluted him on this special day.
On this occasion, Surinder Saini, who is running an organization “Child Helpline in Jalandhar, and was close to Gujral Sahib, told about the former Prime Minister’s association with Jalandhar.
The life introduction of former Prime Minister Gujral Sahib was read by Dr. Balakar Singh, Dean academic IKGPTU. While the vote of thanks was delivered by Registrar Dr. Sukhbir Singh Walia. Public Relations Officer Rajneesh Kumar Sharma conducted the stage. University’s Joint Registrar Dr. RPS Bedi, Director Distance Education and former Registrar Dr. Amanpreet Singh, Er. H.P.Singh, Inch. P&EP Sunil Kumar  and others were present on this occasion.