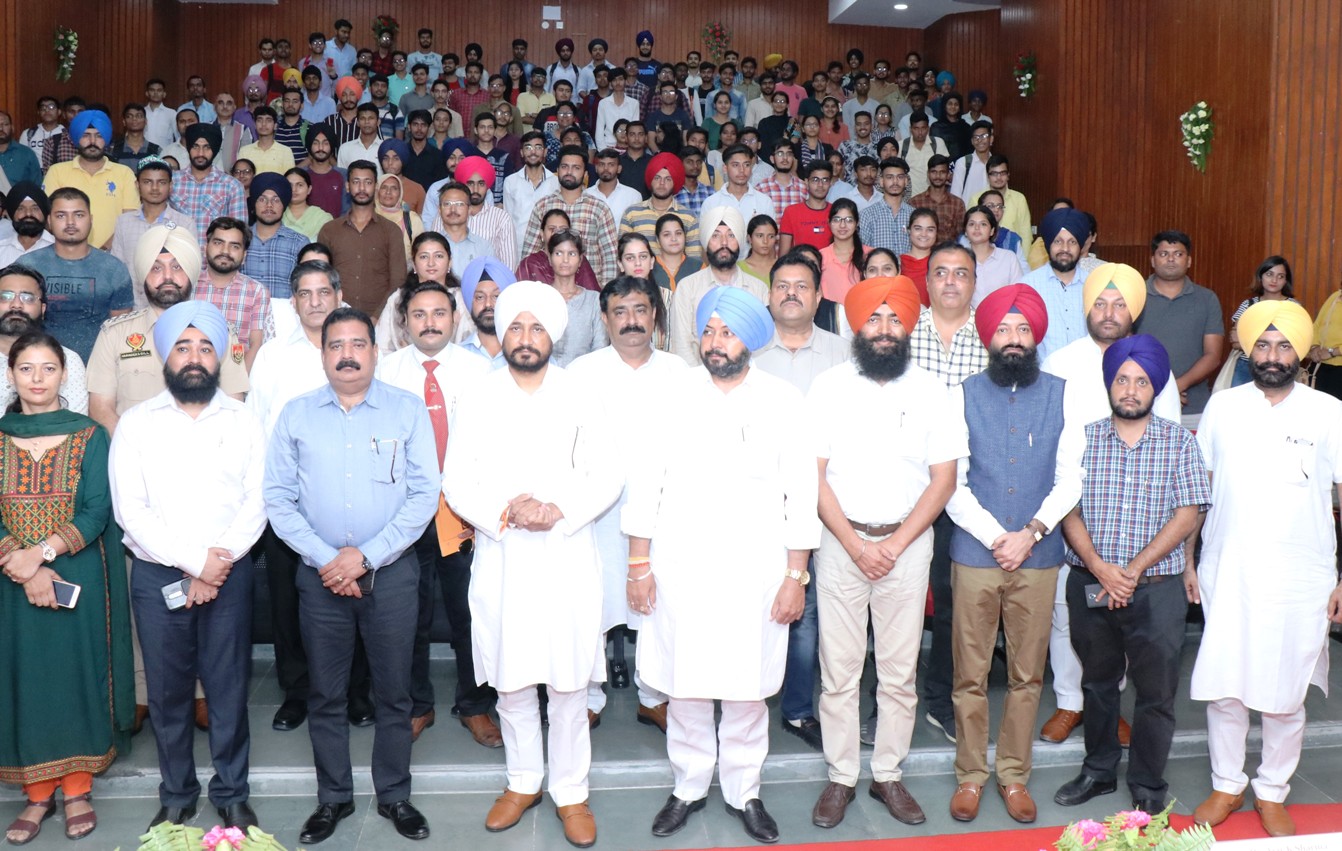 In his inaugural speech Cabinet Minister Channi said that in 5th Mega Job Fair, which will continue till 30th September, 2019, various companies will offer 2.10 lakh job vacancies in the private sector along with special emphasis on facilitating self employment loans to One lakh youth.

Minister S. Charanjit Singh Channi said that Govt. is organizing 5th Job Fair at 70+ locations of the state in which 2000+ companies are going to offer jobs to Punjabi Youth. The Minister briefed that during this drive a high-end Job Fair would also be organized at ISB Mohali on 18th September in which 25 Multi-national Companies will offer packages from Rs. 03 to 09 lakh against 800 vacancies. Mr. Channi said that Punjab Government has organized 4 State Level Mega Job fairs and one International Job Fair. He said that during the present regime since 2017 to till date, more than 8 lac beneficiaries have been facilitated with employment/self employment opportunities in private as well as government sector.

He further said that the Chief Minister Captain Amarinder Singh is personally monitoring the activities of the Ghar Ghar Rozgar which is the flagship scheme of the government and the Chief Minister himself has taken personal initiative to setup District Bureau of Employment and Enterprises, which have been established at district Headquarters in all the 22 districts and are fully functional since November 2018.

On this Occasion, Vice Chancellor IKGPTU Prof. (Dr.) Ajay Kumar Sharma said that A Series of Job fair is very much helpful to fulfill Punjabi youth’s dream Jobs and University is always in support to State Govt.’s initiatives. Prof. Sharma said that it is a proud movement for us that Government & specially Chief Minister Punjab personally taking interest to provide maximum opportunities to Punjabi youth. He briefed that Today at IKGPTU campus 30+ companies are available to offer 2300 jobs and more than 1500 applicants are registered as applicant.