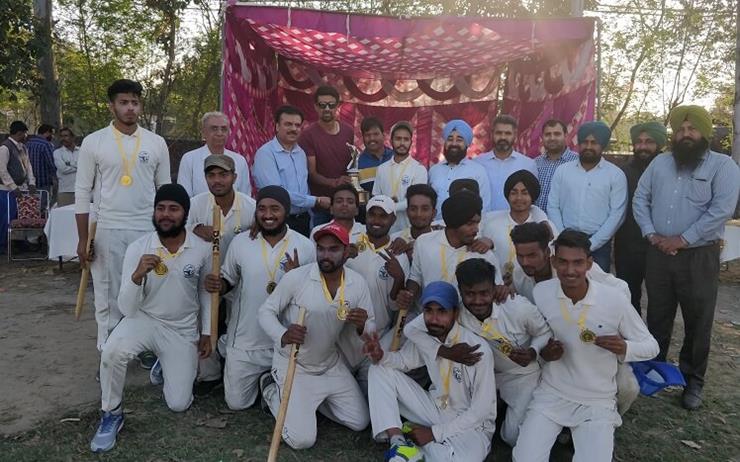 The Inter-college cricket tournament organized by IKGPTU Kapurthala finished today with the victory of GNDEC Ludhiana Team. The final match was played between the teams of Guru Nanak Dev Engineering College (GNDEC), Ludhiana and Shahid Udham Singh College of Engineering & Technology (SUSCET), Tangori-Mohali. SUSCET won the toss and elected to field first. The match was of 40 overs for each team. GNDEC, Ludhiana scored 181 runs in 39 overs & lost its all ten wickets. In the reply of it, SUSCET could score only 133 runs in 30 over losing its all wickets. The man of the match was Mr. Balwinder Singh of GNDEC, Ludhiana who took 6 wickets. Total 42 teams of affiliated colleges participated in the tournament. Cricket matches were played on the cricket grounds of DAVIET-Jalandhar, GNDEC-Ludhiana, IET-Bhaddal & SUSCET-Tangori (Mohali). The final match was played on the cricket ground of DAVIET, Jalandhar. Before this the match for 3rd and 4th position was played between DAVIET-Jalandhar and IET-Bhaddal on 4th March at DAV college cricket ground. DAVIET- Jalandhar won the match and secured 3rd position in the tournament.