Industry-Academia are the wheels of progress, important is it’s collaborative approach to strengthen each other 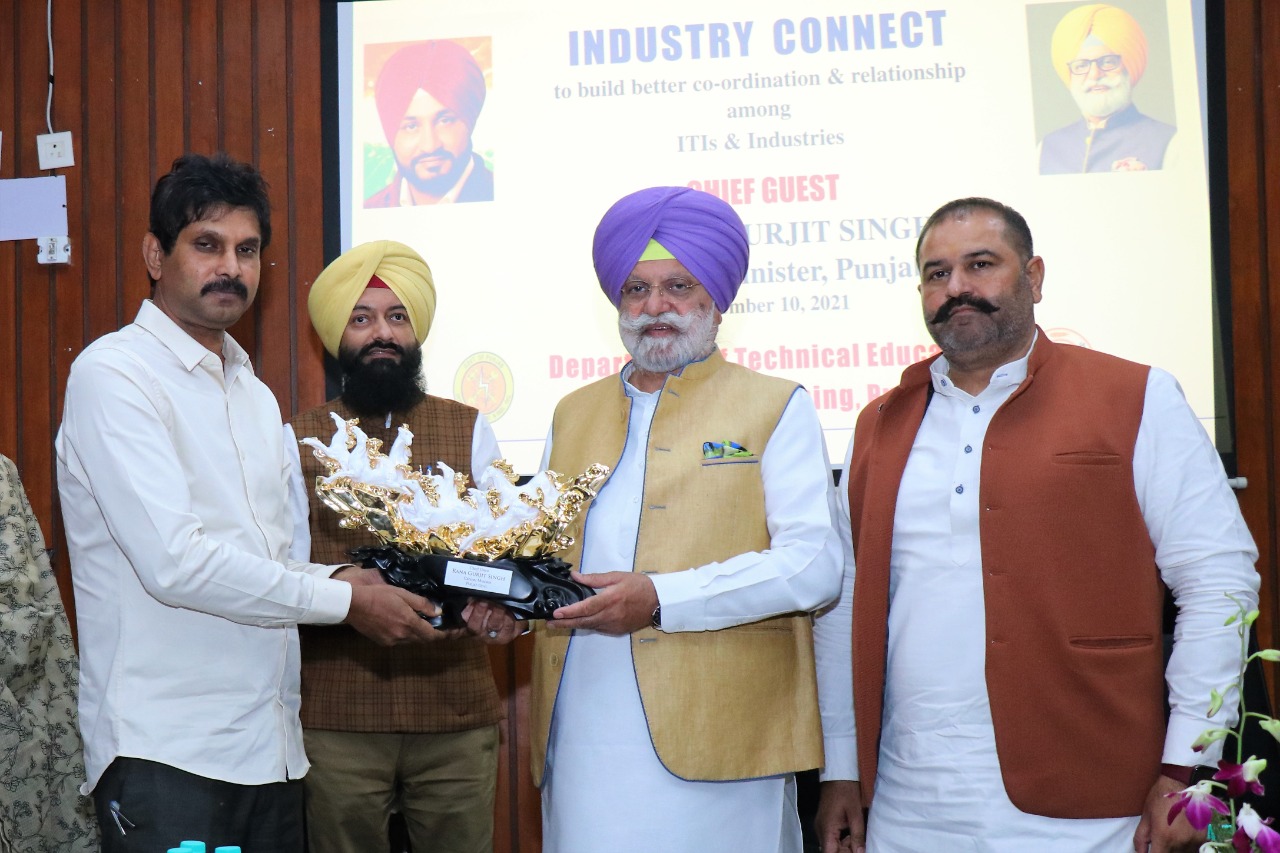 Jalandhar/Kapurthala: S. Rana Gurjit Singh, Hon’ble Minister for Technical Education & Industrial Training Govt. of Punjab announced that the Punjab Government would provide land to set up state of the art R&D institute for Punjab Industry on the demand of industrialists at a bilateral discussion with an objective to further strengthen the relationship between the department and the industry. The aim was to explore more opportunities for a better future for the lakhs of students, who are studying in state ITIs, New ITIs, Polytechnics & other technical educational institutions.

The Minister was addressing an Industrial Meet as Chief Guest organized at I.K.Gujral Punjab Technical University (IKGPTU). This Meet was organized by the Department of Technical Education and Industrial Training, in which more than 100 industrialists from Jalandhar, Kapurthala, Phagwara were participated.

The minister has also said that Industry exchange program and industries demand based syllabus to be introduced in all 349 ITIs in the state and the suggestions of industrialists to be incorporated in the syllabus.

He also announced that all ITIs would have Industrilist management committees ( IMC ) formed and would be headed by the prominent industrialists.

He also urged the industrialists to adopt atleast one ITI to strenthan the basic infrastructure as 140 ITI have already been adopt by the industry units.

The Minister also asked the industry giants to submit reports about their demands so that the the Punjab Government could take steps to meet them.

IAS Ramesh Kumar Ganta, Principal Secretary Department of Technical Education and Vice Chancellor IKG PTU, spoke on the subject of expectations from the industry. He said that they can collaborate with the ITIs to promote soft skills in youth of the state as it would also be a fruitfull for the Industry.

He also urged the captains of industry to strenthan the faculty exchange program for training at industrial units as it would assist to produce the skillfull human resources.

He also sought the skilled workers production and basic infrastructure besides introducing new courses in designing.

Industrialist Tushar Jain, President CII, Jalandhar said about the change in the syllabus of the ITIs as per the needs of industry at par with international standards. He said that 15000 MSME registered at Jalandhar which shows the great scope to provide employment to youth.

Terming the brain drain as a major challenge in the state , he said that we must provide employment opportunities to the youth at their doorsteps.

He also assured that the industry will go shoulder to shoulder to the efforts made by the Punjab Government .

Earlier in the welcome address, IAS Tanu Kashyap, Director of the department said that ” this was the bilateral conversation with industrialists to understand the requirements of industry and how the technical education department can fullfilled the industry demands by providing skilled human resources. She also made a power point presentation on the working of technical education department.

During the event, an open house discussion was also held in which the industrialists have raised their demands. The Minister have assured them all kind of Government help to the industry units.

In the end, the vote of thanks was placed by the Additional Director of the department, Daljit Kaur Sidhu.